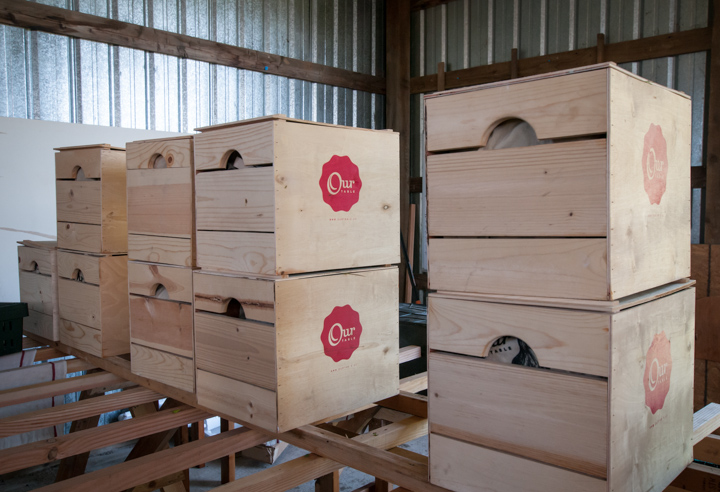 The power of collaboration

Driving up to the farm known as Our Table, you could see the place was drowning in blueberries, and co-founder Narendra Varma was doing the best he could to reduce inventory.

“Let’s chat near the blueberries,” he said nudging his head toward a row bursting with fist sized bunches, “I need to eat.”

Narendra bought the 58-acre property just outside of Sherwood, OR with his wife and co-founder Machelle with the concept of creating a farm that can function as a complete organism. They started with the goal of reexamining the relationship we humans have not only with our food, but also with the land itself.

“I think we need a broader cultural conversation,” says Narendra, a native of India who moved with Machelle and their two children from Washington in 2011 to the farm on the property. “So we feel by stuffing all of this into a multi-stakeholder co-op we can experiment with this and have the conversation.”

Our Table is comprised of multiple stakeholders: workers including farmers and growers, regional producers who use shared resources to directly engage in production, processing, aggregation and retail, and consumers like you and me who subscribe to the CSA program.

“We feel very strongly that if we’re going to think about a new food system as a society then it’s a conversation that needs to be inclusive. It can’t be just us as producers and consumers.”

With the diversity of structures the co-ops offer, Narendra says members can take advantage of the framework already in place like receiving living wages and benefits and in the future have a chance to lease housing on the farm.

“The idea is to keep the farm a single, self-sufficient organism,” says Narendra.

Also, Narendra says that because the members own shares in the collective,  they all now have buying power.

“As a group we can help facilitate all those little small business support systems that help regional producers to be more successful as farmers,” he says.

By stuffing all of these activities into a multipurpose co-op, Our Table takes risks, experiments with new methodologies and, as Narendra readily admits, makes the necessary mistakes.

“This is not to say we will get all the answers, but one thing I know for sure is that we will come up with a lot of mistakes, and that process in itself can act as a model for the future.”

Read Part II here… and learn how Narendra and the folks at Our Table provide an ethical and sustainable product for their customers, and see how the addition of a Tilly might add to their already successful operation.